What is our RE curriculum purpose and rationale at Ark Kings?

RE Curriculum Purpose and Rationale.pdf

Pupils in the primary phase study the six main world religions (Judaism, Hinduism, Christianity, Islam, Buddhism and Sikhism) across Key Stage 1 and Lower Key Stage 2. In Upper Key Stage 2 then apply this knowledge to broader concepts such as belief, freedom, rituals and the future of religion.

An overview of RE learning in the primary phase can be found here: 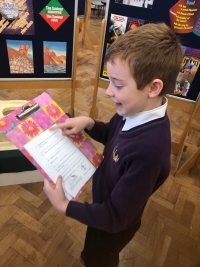 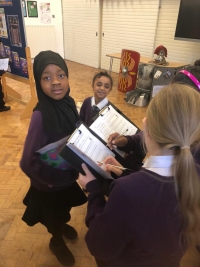 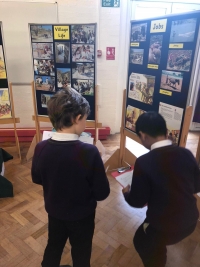 Key Stage 2 pupils engaging in the Man Who Changed the World exhibition, Oct. 2019.

At Key Stage 3 students study the six world religions in further detail identifying similarities and differences in their beliefs and practices. Students gain an understanding of each religion so that they can understand the cultures and beliefs of others to prepare them for life in 21st century Britain.

At Key stage 4 students follow the Edexcel B specification and focus on Christianity and Islam as the two religions that they are most likely to encounter in 21st century Britain. Students look in depth at the beliefs of each religion and then apply these beliefs to different ethical and philosophical issues.