Year 11 students at Ark Kings Academy in Birmaingham are celebrating today after receiving their GCSE results. Dan Wormald who achieved a Grade 9 in Double Science, Mathematics and Geography. Dan has secured his place at Solihull Sixth Form to study A levels in Mathematics, Physics and Accountancy. Dan has not decided what his career path will be however is keen on both accountancy and engineering. Dan despite being pleased he had attained his grade 9s was disappointed in his RE grade 8! Dan also has the accolade of being the first student that has beaten Mr Richards at chess!

Mustafa was thrilled by his grades he will now be attending a local college to study a range of science A Levels. A career in medicine is now a distinct possibility for Mustafa – an aspiration that he did not think achievable at the start of his time at Ark Kings. Mustafa’s resilience in the last five years has been exceptional and despite the challenges his family have faced he has maintained a strong study ethic hoping also to inspire his siblings to be successful at school as well.

Sophie is an embodiment of the new Ark Kings academy virtues Wisdom, Resilence and Kindness. As the new Principal at Ark Kings and when asking about Sophie every member of the community has given the same responses; commenting on how hard Sophie works whilst also being supportive of other students at the academy. Sophie’s warmth and spirit of generosity, alongside great GCSE results, are characteristics that will ensure that Sophie will thrive in the next stage of her education. 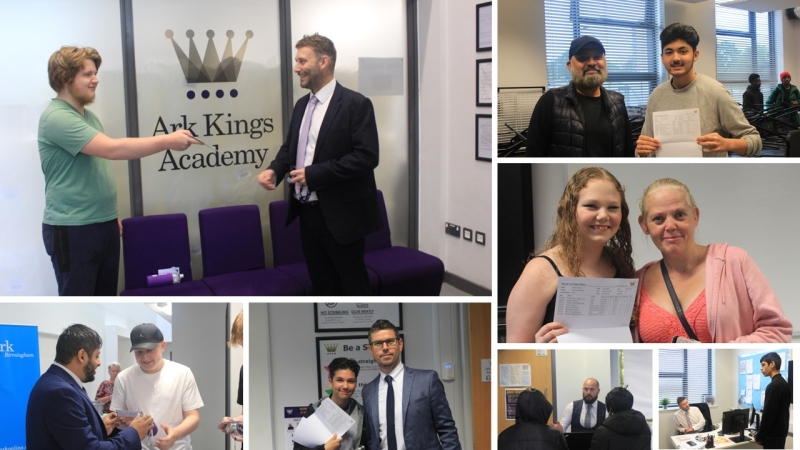 Principal (Secondary) Daniel Richards said: "Dan, Mustafa and Sophie’s achievements are an inspiration to the students of Ark Kings Academy. Their attainment speaks volumes of their resilience and strength of character. We are all extremely proud of how they have performed in their examinations – they are certainly role models for our future cohorts as the academy looks to the future with optimism and positivity. Finally, we wish all of the 2022 student cohort every success in their future endeavors."