The year 9 and 10 team also lost against the team from Kings Norton Girls but demonstrated some fantastic attacking play when they did have the ball. Not letting the loss damage their confidence, the girls showed great endeavour in their next two matches. Some great interceptions from Syrien and Aimee meant that the girls had much more possession in these two games.  The excellent movement down court meant that Charlie and Emily had plenty of shooting opportunities which meant that Ark Kings won both games against two competitive Hall Green teams. Well done and congratulations to all the girls that were involved. Players of the tournament- Summer Hasker (year 8) and Charlie Smith (year 10). 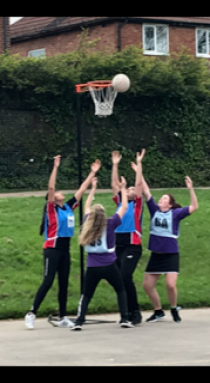